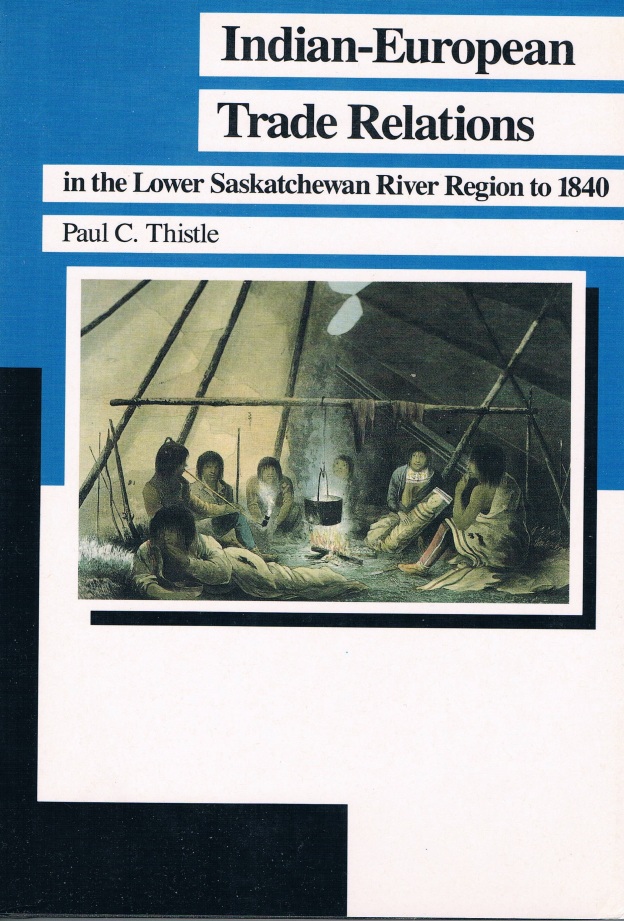 This study examines the development of fur trade relations between the European traders working for the Hudson’s Bay Company and the Western Woods Cree of the lower Saskatchewan River region centred on Cumberland House (modern day Saskatchewan) and The Pas (modern day Manitoba). Beginning with the initial contact in the mid-seventeenth century, the study ends in 1840 when the arrival of missionary Henry Budd brought the exclusive fur trade contact period to a close. Drawing on the records held in the Hudson’s Bay Company Archives and the available ethnographic studies on the Western Woods Cree as well as relevant social science data and theory, author Paul C. Thistle refutes the widespread interpretation by both liberal and marxist historians that Europeans rapidly dominated the early fur trade. This Canadian national, provincial, and academic award-winning book has been cited by the Canadian Historical Association as “a careful analysis. . .an exemplary ethnohistorical study which reflects a deep understanding of both the peoples and geography of the region. . .a persuasively argued study that should serve as a model for others.” The 1987 Margaret McWilliams Medal for Scholarly Book by the Manitoba Historical Society, stated this work “demonstrated a mastery of the literature.”

The entire book may be read by clicking Thistle Indian-European Trade Relations 1986 .

Note: In order to improve access to the end matters of this publication, the following sections have been provided as separate PDFs:

Reviews of this book (both positive & critical) with links links to those of them available on-line are in PDF format at Indian-European Trade Relations (Thistle 1986) Reviews & Related Publications.

For the record, the author Paul C. Thistle, is a descendant of white settlers in southwestern Ontario, Canada that is located in the traditional territory of ‎the Attiwonderonk (Neutral), Anishinabewaki ᐊᓂᔑᓈᐯᐗᑭ, and Haudenosaunee peoples (www.native-land.ca/).